A couple of very kind reviews of We Are All Falling… have appeared. Author Kathryn L Ramage wrote this on Amazon: “This is a collection of short stories of macabre fantasy by British author Julie Travis. Most are set in the UK or Europe in modern and realistic locations, with the uncanny just a step or two away, but at least one seems to take place in an antipodean other-world not far from Australia. Travis’s work is strange and imaginative, sometimes disturbing, often sad, but also occasionally beautiful. The ones I liked best feel as if they ended too soon, as if these were only the first chapters of longer stories. But perhaps it’s a good thing to be left wanting more. As I read these stories, elements in them reminded me of the grotesqueries of Clive Barker, the dark fairytales of Tanith Lee and Angela Carter, the wild countryside of Arthur Machen haunted by pagan gods and lesser beings, and even a little bit of Lovecraft, but there are also startling images and ideas like nothing I’ve read before.”

Des Lewis has also treated the book to one of his intense Real-Time Gestalt Reviews, and I’ve reblogged the entire thing here. There are possible spoilers in this, so be warned.

I’m extremely grateful to both for taking the time to write about the book. Other feedback has compared the stories with either the style or the work of Anais Nin, Gabriel Garcia Marquez and Jorge Luis Borges. It’s extremely interesting to have these new comparisons; it’s only Nin’s work that I’m in any way familiar with. I think it proves how my writing has changed over the years, although it’s also true that the comparisons with Clive Barker and Thomas Ligotti linger, so I still clearly have my roots in a particular style of horror/dark fantasy! 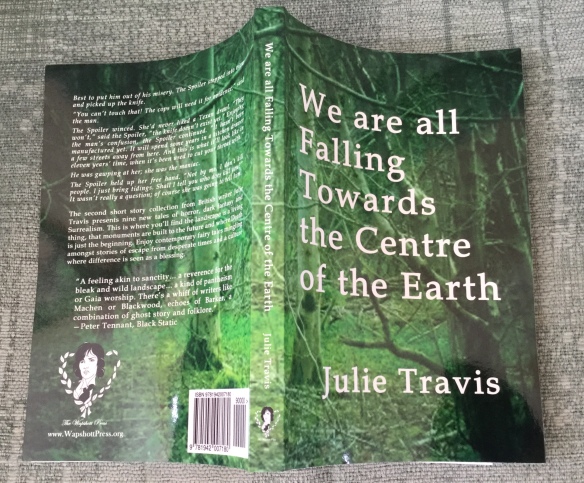 Whenever I read this book, my thoughts will appear in the comment stream below…