Des Lewis reviews Tomorrow, When I Was Young.

“‘Shapeshifting is necessary sometimes,’ said the elder, ‘it is neither good nor bad.’”
I must say I found this novelette captivating in a way that stopped me questioning how it managed to be so captivating, naively, disarmingly so. I enjoyed the character of Zanders and her search for an ancestor in Peru and the people she met along the way. But, above all, I loved the Golden Sea Captain whose ship the Giantess has a potentially shapeshifting or, rather, shapedetaching figurehead. A transformational yage and genderation of still slanting self. And the giant creature in the Golden Sea that went against the grain of gestalt by splintering off into many tiny creatures with divisive knives.

Ah, there is so much more I have not told you about this book’s journey that Zanders was making, and her connection with England, and I miraculously found myself being part of her journey rather… 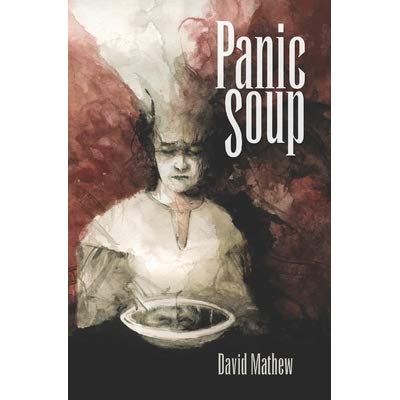 David Mathew’s short story collection, Panic Soup, has recently been published by Montag Press. I was asked to write some of the ‘blurb’ for the inside cover and was happy to do so, as it’s a great collection of unsettling contemporary horror.

Tomorrow, When I Was Young is now available from Eibonvale Press and will be on sale at FantasyCon in Glasgow. A huge thank you to David Rix for all his work – as well as for designing the excellent cover. The story is probably more fantasy than anything I’ve written before and it’s possible I could write further episodes at some future date, but that wasn’t my original intention so the story stands alone.

Work has continued on a project that’s been in progress for around eighteen months. I’ve still not able to make an official announcement about this, but I hope to soon. It’s a unique and very moving project and well worth the time and energy spent on it.

In DUV news, Dykes Ink zine is now available in Housmans Bookshop in North London. We have also been involved in talks about a possible collaboration which could be huge – more information will appear if it comes off. 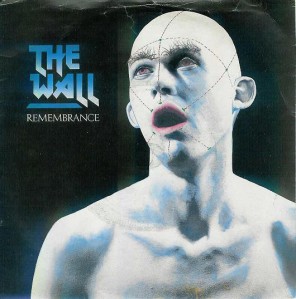 I’ve been playing a lot of old punk records recently – perhaps inspired by the work I’ve been doing for Dykes Ink zine – and I came across one of my favourite pieces from that era. The Wall’s e.p. ‘Remembrance’ featured a cover that clearly left a big impression from its release in 1981: after seeing the artwork again I realised that I had based much of the appearance of the Spoiler (in the story of the same name) on the above photo/concept, around 35 years after the record was released.

Stand by for some publishing news and an update on Dead Unicorn Ventures.

Dykes Ink is now available from various outlets: by post via PayPal (travisjulie@hotmail.com, £3.50 + p&p: £0.60 UK, £1.60 Europe, £2.30 North America, please give your address in the ‘Note’ section), and from Freedom Bookshop, Whitechapel, London (also available from their zine fair By Any Zines Necessary, on right now at the shop), the zine fair on tomorrow to launch new lesbian magazine Lesley at The Horse Hospital, Bloomsbury, and News From Nowhere bookshop in Liverpool. Hopefully more outlets will be available soon. I’m currently working on a couple of art pieces for issue 2. The zine has been favourably compared to Valerie Solanas’ SCUM Manifesto, in terms of its humour and attitude. High praise indeed!

Now I have a little more time after the gig and zine launch I’m back writing fiction. However, I’m not sure that even the most outlandish story can compete with the political situation in the UK right now. We have sleep-walked into a right-wing coup. The good news is that people are on the streets protesting. I expected a civil war after the EU Referendum result but this is, perhaps, worse. What will happen next is something I hesitate to contemplate but I shall continue to swim against the tide in my own way, and hearing that Dead Unicorn Ventures has changed people’s attitudes and lives means I’m heading in the right direction.

Cat Astley and myself were interviewed by Cornwall Live about DUV and Swallow Your Pride, and the published piece admirably demonstrates our attitude!

Some brilliant news – Resonance & Revolt has been shortlisted for Best Collection in the British Fantasy Awards. For a full listing of the nominees in all categories, check out the BFS link.

I’m in fabulous (and female) company on this shortlist, which also includes All the Fabulous Beasts by Priya Sharma, The Future is Blue by Catherynne M Valente, How Long ‘til Black Future Month? by NK Jemisin, Lost Objects by Marian Womack and Octoberland by Thana Niveau. I found it very interesting that this shortlist has turned out to be all women.

This is also the first time that I’ve appeared on a BFS shortlist so I’m thrilled to be included alongside these brilliant writers. And I’m especially excited to see that women writers have made a strong showing in all categories as well as the collections shortlist.

It’s been a hectic couple of months.

First – a DUV update. Myself and Cat have been flat out promoting Friday’s event (Swallow Your Pride); a radio interview, a bit of local press, a lot of social media, networking and fly posting to spread the word. Oh, and some controversy, which seems to follow DUV whether we want it to or not! But we’re not worried about rattling a few cages. I’m confident that Swallow Your Pride will  be a fantastic event – given the acts we’ve booked, it can’t be anything but.

Local radio station Coast FM have been very supportive and did an excellent interview, where we were able to explain what we’re about and why DUV was created and local newspaper The Cornishman gave a decent amount of space to our gig poster and blurb. At the time of writing we’re trying to recuperate before the event.

We then refocused on the zine, which was mostly completed and is, literally, hot off the press as I write. We’ve created something that’s pretty unique, I think, and the combination of old-school cutting and pasting physical images and writing, and computers/new technology, has worked really well. How it will be received is anyone’s guess but you can guarantee it will cause a stir, bearing in mind that people have objected to our ‘Unicorn Free Zone’ poster, the use of the word ‘queer’ and the proclamation ‘Diversity and perversity!’ Despite Penzance’s idea of itself as being arty and somewhat Bohemian, it’s clear to me that conservatism still rules. Time to shake the air!

I’ve managed to fit in a fair bit of fiction writing too, recently, and am immensely happy with new story A Cure For The Common Cold. 3000+ words in, it still has some way to go but I’m enjoying stepping away into the different world and headspace that writing fiction brings.