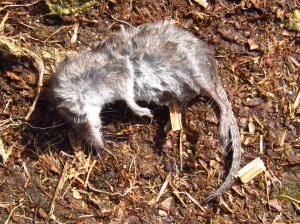 When I began this blog, it was with the intention of being ‘findable’ for anyone interested in my writing. However, after much thought and after browsing a few other writers’ websites (in the main that of Priya Sharma – with apologies/thanks for somewhat borrowing her format) it seems a good idea to expand a little and add a few story excerpts for casual passers-by, so I’m going to be adding an excerpts page as a permanent feature, that will be updated to eventually include most of my published work. A piece of non-fiction (The Cornish Witch) has been available for some time but the link to Cross Bound, which appeared in a webzine, has been removed in lieu of it being available in physical form next year.

Some very kind words for Storylandia 15: Collected Stories By Julie Travis from Utherben, who is an excellent psychogeographic photographer from New York City, on her website:

Face The Strange: All She Had Was The Blood On Her Hand

Earlier this month Wapshott Press released Storylandia 15; the featured author this time around is the phantasmagorically fabulous Julie Travis, with five tales of atmospheric, vibrant and thought-provoking slipstream horror. Her work is terrific, in that it’s both well-crafted and inspires absolute terror. She’s been included in in various anthologies, and she’s done some self-publishing, but as far as I know this is the first literary journal issue specifically dedicated to her work…and I’m seriously fucking proud of her. Rock on, Julie!

Thanks, Utherben. While I’m on the review trail, I’ll add here an excerpt of a review by Peter Tennant of the 2008 Pigasus Press anthology Premonitions: Causes For Alarm which appeared in Black Static #9:

…‘Darkworlds’ by Julie Travis was my favourite story. It brings to mind both Barker’s Cenobites and the King/Straub collaborations in a tale of creatures from other realms entering our own and defeating the plan of a bureaucrat to take their dimensions as lebensraum. It’s clever, with good characterisation and a gratifying pair of monsters in the Torquis and Yellow Jack. Travis knows how to pitch a telling phrase at the reader and she doesn’t shirk from describing the more horrific aspects of the story, while back of it all is the sense that there is a lot more mileage to be got from this scenario and these characters. I hope Travis follows up.

This is relevant because it was mainly because of this review that ideas for a second part (of sorts) of the story began to take shape, and emerged a few years later as Theophany, which is included in SL 15. Thanks to Peter for his encouragement over the years.

Pig Iron is now in its third draft. The story, over 9000 words long, has taken a stupidly short amount of time to write and I expect to finish it soon. Then I’ll be in a position to return to The Hidden (which has taken a stupidly long time to write) and make the final changes that it needs. Leaving stories alone for a while can be the best thing you can do in order to to gain perspective.