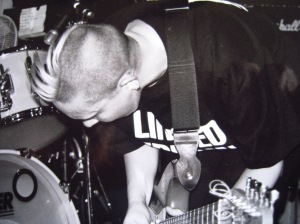 Various works are in progress and so here is an update of sorts: From The Bones has undergone an extensive amount of re-writing and is in the right place to start submitting to magazines. Probably! You have to get to a certain point with writing (or anything else) where things have to be left, or else spend forever tweaking it, and wisdom is in knowing when to stop. The second ‘modern fairy tale’ I’ve written over the summer, Widdershins, is also finished, I think. I needed to step away from horror for a short time to explore other things and with these two stories I believe I’ve managed it. They both have meaning without moralising and – possibly – could be read to children. The title of this entry, by the way, is a quote by Jacob Skiddaw, the grandfather of Charlotte Skiddaw. Wise words, I hope. Grave Goods – the full-on horror story mentioned a while back – is beginning its submission trek. It was fun to write, an intense few days of getting the main body of the story down followed by a couple of weeks of re-writing. At under 4000 words, it’s the shortest piece I’ve written in a very long while, but that should open up the market as far as submissions are concerned. And I’ve just begun another new story, which is definitely in the horror/dark fantasy camp. Working title Rebecca Shadow and The Winter House, although it’s likely to change. It’s set – or at least begins – in Cumbria. The short time I spent in the county earlier this year has had a massive influence.

In an attempt to communicate somewhat more with the outside world, I’ve been back in contact with Ellyott Ben Ezzer, Israeli singer and DJ, who fronted the fantastic London Queercore band Sister George in the mid-1990s. I sent her copies of the photos I took of the band at one of their gigs (The Water Rats, a pub in Kings Cross, London). One has appeared on their Facebook site, and it’s possible others may appear there soon (the photo above was originally published in Scotsgay, along with the feature I did on the band shortly before they broke up). And Unit are using some of my photography of birds on a forthcoming album cover/booklet. This on-going project had me chasing a flock of Greenfinches around St Mary’s on the Isles of Scilly last week and managing to photograph none of them, but I’m getting some decent shots of other birds. 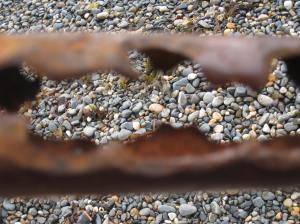 I asked the Wisewomen about curses, basically because I wondered whether they considered cursing too negative to practise.

Cassandra: You have to have the ability to be able to do them. It’s a bit like karate – you work towards getting your black belt, which means you have the ability to kill people, but you don’t have to kill people to get your black belt. You don’t have to curse to know you have the ability to do so. I’ve only done it once, and it wasn’t a full blown curse, it was more a booby-trap. That was when there was all this trouble with someone setting fire to the Men-an-Tol and Lanyon Quoit [sacred sites in West Cornwall] a few years back, so it was to protect all the rest of the monuments. I set up this booby-trap. Anyone who went to the sacred sites with evil intent would get the backlash. And while I was at it I also put out a search and detect spell, which found the person in six weeks.
JT: Seriously? Oh, brilliant! It’s just that my mother used to put the Evil Eye on people who were causing harm to our family, many years ago, and she stopped because it was so effective I think it freaked her out.
Cassandra: That’s a slightly different thing. It’s connected, very much so, with actual cursing, because if you’re declaring an intent of ill will against someone, you might as well be cursing. But there is something I call The Look, which can stop people in their tracks and that could be translated as the Evil Eye, if you’re on the receiving end of it. I utilise that occasionally, don’t I? [to Laetitia] especially to men, if they’re getting above themselves. All you’re doing is fixing that person with a steady gaze, and just say to them, ever so nicely, ‘I really wouldn’t get on the wrong side of a witch, if I were you, because she could do all sorts of things’. Not that I would necessarily do them, but just that I have the ability to do so. In other words, ‘Don’t push me! Back off, or else!’. And it works! [To Laetitia] You’ve seen grown men on their knees.
JT: That’s about protection, rather than malice.
Cassandra: It is. But every woman has the ability. I’ve yet to see it in a man. I’m not saying they don’t have it, but I’ve yet to see it. All you’re doing is planting a seed. If something then happens to that person, that’s down to them and their own fear. I didn’t do anything, I just looked! So you see, a little bit of Cunning comes into it. I wouldn’t deliberately hurt anyone with no reason. You have to be able to take responsibility for what you do. What you give out, you’ll get back, with interest. You have to be very clear about your altruism; is it in place? Do you have a clear conscience? Are you acting with integrity? And if it’s an absolute bastard out there, seriously hurting people, then yeah, of course. I would protect my community. And I have done in the past.

I hadn’t seen any sign of Clutterbuck, Laetitia’s (black) cat and familiar. A little disappointing, but I asked about his place in their lives. [Some of this conversation is in the Curve feature, so can’t be included here, but here’s the rest.]
Laetitia: I got him from the RSPCA. I didn’t know that he would become my familiar. Not all animals are interested in magical work. He’s always there, he’s very interested in the work I do and he helps me with things. He seems to stay with me longer when I’m working on things. He can feel things that are coming from me.
JT: And is he okay? I heard he’d been in the wars recently.
Laetitia: Oh, he got hit by a car and broke his jaw, it was just outside, I think. [At this point Cassandra finally gets the hint and goes to find Clutterbuck.] He had to have his jaw wired together. He’s more careful now. And he’s a big cat…
Cassandra [carrying him in]: He’s huge! He’s like a small bear.
Laetitia: He’s an excellent hunter as well.
Cassandra: That’s what I like about him!
JT: I heard from someone at the RSPCA that black cats are still much, much harder to place than any other, and that’s because of the…
Cassandra: Associations!
JT: I was quite surprised at that, that people still make that association.
Cassandra: It’s particularly bad in America, apparently. My book [Village Wisewoman] has a bit in about Mab [her familiar, a cat who passed on a few years back but who still has a presence in the house] and familiars in particular. It’s a relationship that does or doesn’t happen. It certainly did with Mab, there’s this peculiar mirroring thing that can happen; when things happen to you it happens to them, too and vice versa. Mab was particularly good with animal magic – and still is – from the spirit world. She was brilliant. Clutterbuck is extremely good in other ways.
Laetitia: I’ve owned a lot of cats but this is my first familiar.
That was the end of the interview: I was busy fussing Clutterbuck. He is indeed huge, very friendly, and his fur has a lovely, strong texture to it. We talked about Boekka, the ‘Scary Morris’ dance troupe founded by the pair, which has featured a couple of times on British tv and then it was time to leave. I played a Coil cd on the drive home and that, along with the conversation, put me in a very interesting headspace. Out of necessity I’ve only scratched the surface of what the pair do – I’d have loved to have gone into more detail, especially about Laetitia’s work as a Spirit Medium. Perhaps another time. All the way through the interview I had this bizarre feeling that we’d met before; I felt unusually comfortable with what was essentially a pair of strangers.