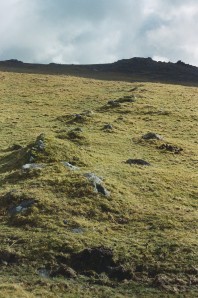 Horror writer and now columnist for Black Static magazine Lynda E Rucker recently wrote about hearing Clive Barker make a speech back in the 1990s about The Art of writing and how sacred it was, presumably arguing against writing any old rubbish in order to make money. Rucker dismissed Barker with a very realistic wave of the hand – nearly all writers have jobs of one sort of another in order to survive, and if that included writing for money rather than Art then it was just practical.

I have to agree with both of them. The odd payment for a piece of fiction is very much appreciated but doesn’t usually cover more than the cost of printer ink. I’ve had various jobs over the years, all in the public sector for political reasons, but for the last decade or so I’ve been declared unfit to work due to having had several nervous breakdowns. I still managed to keep my head above water financially, writing bits and pieces for the gay press when I was living in London and have got used to poverty, going without shiny things (apart from the odd cd and book) as a matter of course and actually not wanting or needing much, but the vicious welfare cuts by the Tory government now means I’m in an untenable financial position. Not yet Foodbank poor, but certainly picking-pennies-off-the-pavement poor.

However, Barker is right in that I have been striving to write fiction that grabs you and propels you Elsewhere, that makes you think about the darkness of Life, that celebrates the Other, the misfit, the weirdo (and sometimes this simply means having a story centred around female characters). Whether or not I achieve that is arguable, but that’s what I aim for. Anything less is a waste of trees. The articles I wrote for the gay press were all things I was passionate about: political activism, debt, mental illness, self harm, interviews with bands, performance poets and legal activists. But now things are so bad I’m remembering what my dear, departed mother kept telling me to do: write crap. That I could turn my hand to light fiction that might be meaningless to me but could make me enough money to allow a bit of financial breathing space. It was something I always refused to do – writing is an Art, and trees are not to be wasted – but my principles won’t pay the rent. So I’ve begun some light fiction for a magazine that, shall we say, appeals to Middle Englanders (if that term means anything at all). I’ve read some of the fiction in the magazine and was bored almost to tears. Light is an understatement. Still, it gave me the feel of what was needed, so I’ve sketched out a story and am working on a first draft.

The submission guidelines state: nothing upsetting or frightening, nothing supernatural. It took a couple of weeks to get into that kind of headspace (bearing in mind I’m also still working on a dark fantasy story), but I’m there and will give it my best shot, submit it and see what the reaction is. The discipline needed to write in a completely different genre is good for me and I’ve got years of writing experience – I should be able to give it a good go. I’ve changed genres before, to a limited level, writing slash fiction (about TJ Hooker!) on the Barbelith forum and my articles for The Pink Paper and Diva magazine were based on their house styles. Should I get something published in this magazine (and I know it will be far from easy to do so), I will bless the money that comes with it, but I don’t know if I will ever forgive myself. And the trees certainly won’t. 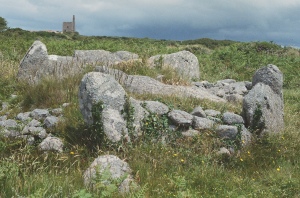 Andy Martin’s prog-rock/avant garde/difficult to label music group Unit have re-recorded The Wasteland for their forthcoming album (release date as yet unknown). Martin wrote the song many years ago, but it wasn’t suitable for his group at the time, The Apostles, so it was recorded with the remnants of The Joy of Living, the band I was in at the time and it appeared on our joint e.p. (see this entry for details). Andy has sent me an MP3 of the track and while it’s utterly different from that version, with some ethereal lead and backing vocals and different instrumentation, it’s still almost instantly recognisable. I am extremely fond of both versions and Andy says the new version is closer to what he originally had in mind. The band has also been generous enough to dedicate the track to myself, drummer Yvette Haynes and singer Sharon Cooper, a very touching gesture.

And for a heavy but essential read, try Andy’s recently published account of English comprehensive school life during the 1970s, Faded Fragments of Distant Dreams. Anyone who suffered at the hands of bullying ‘classmates’ or teachers during their school years will find parts of this tome shudderingly familiar. These things need to be documented, but it’s taken a braver person than I’ll ever be to set these stories down.